Good for your thyroid?

This scientific research is for informational use only. The results reported may not necessarily occur in all individuals. Paloma Health provides this information as a service. This information should not be read to recommend or endorse any specific products. 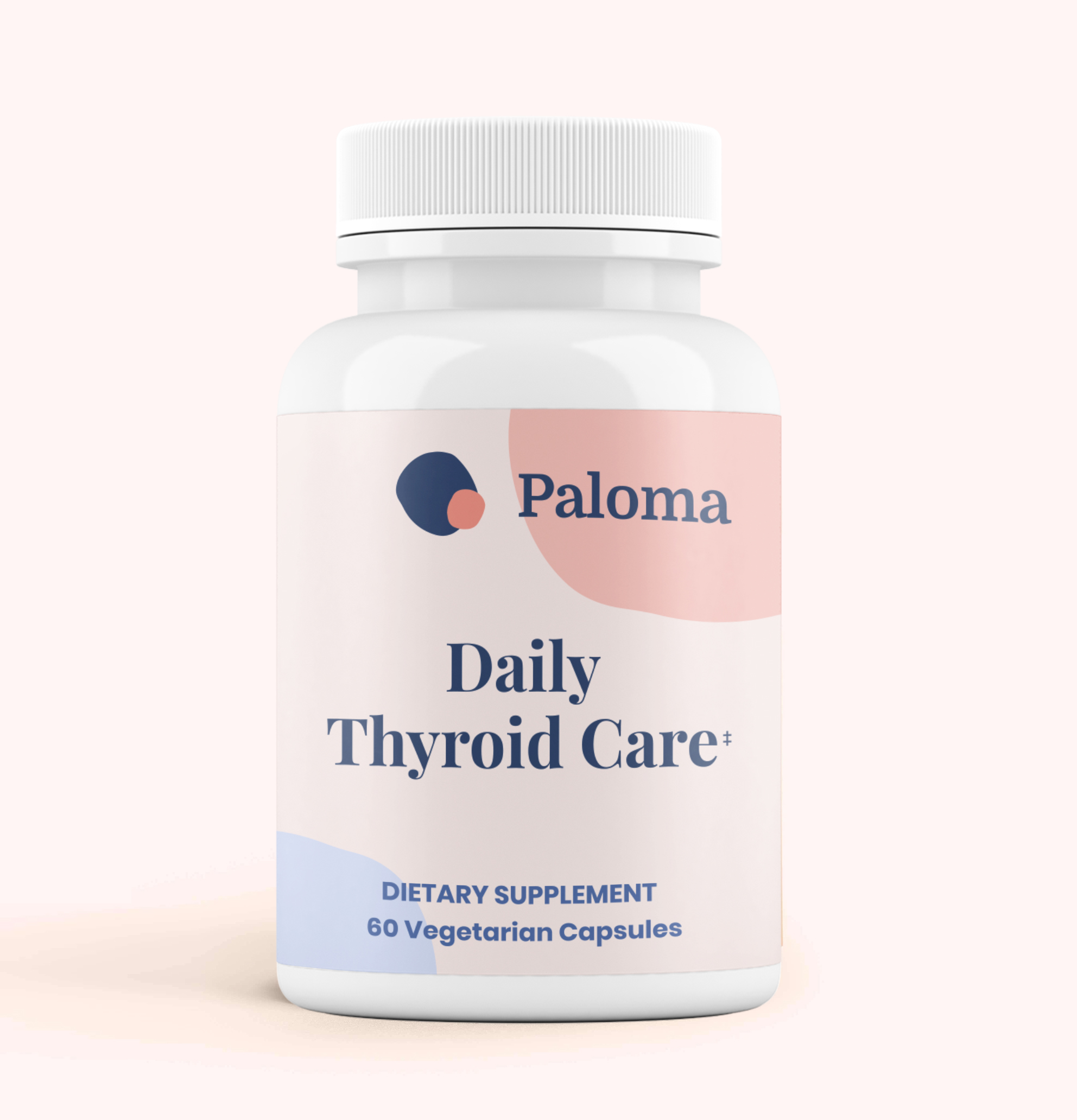 Riboflavin may improve mood and prevent depression. One study finds that B2-deficient women exhibit a nonsignificant trend towards unipolar depression. Riboflavin is necessary for the development of folate-dependent pathways that may play a role in depression. Because riboflavin-derived coenzymes are sensitive to thyroid levels, supplementation can be a useful alternative to ensure the body has enough B2.

Nearly 30% of people with hypothyroidism have headaches, half of which are migraines. Riboflavin may be an effective way to reduce the frequency of migraines.

Riboflavin does not have a Tolerable Upper Intake Level (UL)—defined as the highest daily intake level that is likely to pose no adverse health effects—because of its low potential for toxicity. Also, riboflavin is not known to have any interactions with medications.

The Recommended Dietary Allowance (RDA) of manganese—or, the average daily intake level sufficient to meet the nutrient requirements of nearly all healthy individuals—is 1.3 mg for adult men and 1.1 mg for adult women. Women who are pregnant or breastfeeding should take 1.4 mg daily and 1.6 mg daily, respectively.

Foods rich in riboflavin include eggs, organ meats, lean meats, milk, and green vegetables. In the United States, grains and cereals are fortified with riboflavin. Because riboflavin is soluble in water, about twice as much riboflavin content is lost in cooking water when boiling foods than preparing them in other ways like steaming or microwaving.